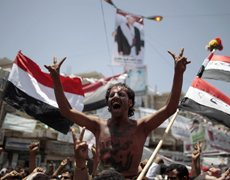 The G8 summit in Deauville, France, last week ended with pledges of aid to the Arab world's fledgling democracies of Egypt and Tunisia along with harsh words for the Mideast and North African autocracies where protest movements are being brutally squashed. There were some signs that the protests and the G8's consensus statement might be adding to pressure on the region's oppressive regimes, and a number of experts are calling for an even tougher stand, particularly against Libya and Syria. more... 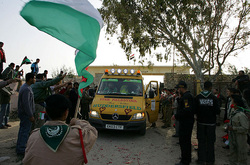 Egypt will permanently open its Rafah border crossing starting from Saturday, the country's official news agency reported, easing a four-year blockade on the Gaza Strip. The news agency MENA said on Wednesday that Egypt's new military rulers had set the date for the opening of the crossing as part of efforts "to end the status of the Palestinian division and achieve national reconciliation". more... 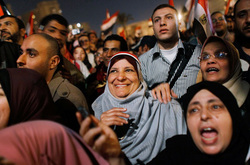 With the Arab Spring stretching toward summer, the feel-good memories of Egypt and Tunisia are receding into the distance. Marred by ugly sectarian violence in Egypt and on-going scuffles between police and protesters ahead of the July elections in Tunisia, even the success stories of 2011 are permeated with unease over what lies ahead. more.... 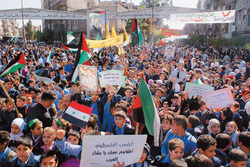 Syrian forces have killed 41 civilians in an effort to crush pro-democracy protests, a human rights lawyer said, as opposition leaders met in Turkey to plot the downfall of Bashar al-Assad, the Syrian president. more... 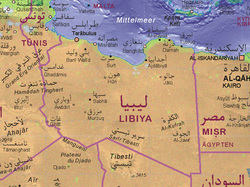 The Arab Spring and possibilities for future U.S-Arab Relations

Current changes in the Middle East present uncertainty for American relationships. However, this transition presents the opportunity for Americans, and particularly Arab Americans, to help reshape the relationship between the United States and the Arab World. The ability to build long term alliances based on common values of sovereignty, political participation, and economic opportunities begins with  participation in the U.S. To begin with, working to increase Arab American participation in politics and curbing anti-Arab and anti-Muslim sentiments carries more than just a domestic significance.

Arab Americans can provide valuable insight, expertise, and personal experience to help evolve our policies toward to the Middle East. Equally important, Arab Americans provide direct links to people in the Arab world, and are often a valuable resource to connect with overseas communities for a variety of purposes. Without that connection, the shared interests and values of the United States and the Arab world may not receive the attention and support they require.
NewYorkTimesOp-Ed by Council on Foreign Relations senior fellow Ray Takeyh