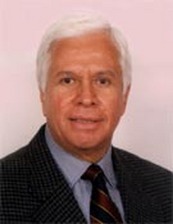 "When, in the fall of 2002, Dr. Hussein Hassouna arrived in Washington as the Arab League’s new ambassador, he brought a wealth of experience to a very difficult job. His task is to represent the League in a city where Arabs and the Arab World are often misunderstood and frequently criticized, especially in the aftermath of the September 11, 2001 terror attacks on New York and Washington by young Arab men. “I know the Washington scene,” he says, having worked with the State Department, the National Security Council and other key U.S. Administration organizations during his time as a diplomat here, representing his native Egypt.

After spending 30 years in the Egyptian diplomatic service, including a stint as deputy chief of mission in Washington during the critical period around the negotiation of the Camp David accords in the late 70s, and rising to the post of assistant minister of foreign affairs, Ambassador Hassouna moved to the Arab League, which posted him as its ambassador to the United Nations in New York. After five years of work there, he was appointed to the Washington post.

Dr. Hassouna feels there was a need to improve American understanding of the Arab World: “I wanted to promote an Arab-American dialogue on various issues and thereby strengthen ties between the United States and the Arab World.”

Having lived and worked in the United States for over a decade, he sees many areas in which the two sides have common ground. “I believe despite existing issues that might divide the U.S. and the Arabs, there are many more that unite us.”

One of the main problems he has faced is that the image of Arabs and the Arab World has largely been shaped by the mass media focusing on negatives, such as the religious extremist and terrorist elements in the Middle East.

But how to project more balanced and positive images of the Arab World to Americans, and to Washington decision-makers in particular?

Ambassador Hassouna has worked to coordinate activities among Arab embassies in Washington so that they can be more effective in their approaches to key U.S. government institutions, such as the Congress, White House and State Department.

He personally makes a point of taking up as many invitations as possible, to address fora on Middle Eastern issues at think tanks and universities, or to grant media interviews. However, he laments that most U.S. media networks prefer to use American experts on the region, rather than consulting Arab representatives themselves, who naturally are better qualified to represent the Arab viewpoints on key issues.

“I think there is a need today for Arab views to be heard, on how to solve the Arab-Israel problem, how to restore stability to Iraq, how to deal with international terrorism, and other key issues,” he says.

He points out, too, that many parts of the Arab World, including his homeland Egypt, have for many years been victims of terrorism, and have extensive experience of fighting terrorism to share with America and the rest of the western world.

For the ambassador there are some very fundamental issues at stake, in particular how one views human civilization. He believes that, “We all belong to a common civilization, with common goals and aspirations.” In which case, theories that we are witnessing a clash between Western Civilization, on the one hand, and Islamic Civilization, on the other, need to be put aside in favor of constructive dialogue between representatives of Western and Islamic-based Arab nations and cultures. “We need to explain that Islam is a religion of tolerance, and solve U.S.-Arab disagreements through dialogue.”

He believes that relations could be much improved if there was a more vigorous focus on economic ties, given the great potential for them to be greatly developed. At the moment, the level of U.S.-Arab trade is around $45 billion a year. Arab investment in America is around $300 billion, while U.S. investment in the Arab World is around $70 billion.

Of Arab-Americans, the ambassador says, “We respect their American identity, but they have an Arab historic and cultural heritage…and can serve as bridges.” He believes that a stronger Arab-American voice in U.S. politics will provide a good balance to other influential forces. “They can balance other voices and pressure groups,” he says. “This can have an impact on U.S. foreign policy, making it more sensitive to Arab feelings and aspirations.”

But Ambassador Hassouna is always eager to return to cultural themes. “I believe we have to focus on culture, because culture brings people together,” he says. “We all belong to a universal culture.”

There are of course the more mundane issues that any ambassador to Washington has to deal with, such as immigration problems faced by those he represents. Since 9/11, Arabs have been in the spotlight, and many U.S. residents from Arab countries of concern have had to register with the authorities.

“We do understand the security problems of the U.S., but wise procedures have to be applied in a reasonable and flexible way. Otherwise friends of the U.S. will be deterred from coming here. Already tourism and visits for education and health purposes have been significantly affected, and some official visitors have been stopped for questioning and searched at U.S. airports.”

These and related concerns were aired at a meeting he organized for Arab ambassadors and officials of the Immigration and Naturalization Service (before it became part of the new Department of Homeland Security). “I think they were keen to find solutions,” the ambassador said of the INS officials at the meeting.

He appreciates the open doors he encounters in Washington and beyond, and considers this part of “traditional American openness and hospitality, and willingness to listen and learn, without sticking to formalities.” He says his Egyptian wife, Nevine, is also actively moving through diplomatic and social circles in Washington, getting the message out in her own, special way."