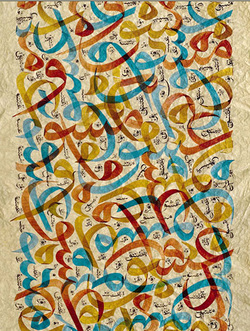 Arabic is the spoken and written language of all Arabs; it is the binding force among them and constitutes a key portion of their basic heritage.  A Semitic language written from right to left, with a twenty-eight letter alphabet, Arabic is a rich, eloquent, flexible, and rhythmic language.

The Arabs love their language and delight in its many, varied uses, such as in the fields of music, literature, and the fine art of Arabic calligraphy.  Though there exist certain specializations in the spoken dialects of different regions, the written (classical) language is uniform, and, thus, textbooks, newspapers, magazines, films, and television and radio programs produced throughout the region are comprehensible to all.

Interested in learning Arabic?  Check out the various programs and means of assistance available in our Programs and Opportunities section.